The most encouraging application of rhenium memory alloys is in space technology. On July 20, 1969, the Apollo 11 lunar module landed on the moon, realizing the dream of mankind's first moon landing. After the astronaut landed on the moon, he placed a hemispherical antenna with a diameter of a few meters on the moon to send and receive information to the earth. A few meters of antenna was placed in a small lunar capsule. The antenna is made of a memory alloy that has just been invented. This very thin memory alloy material is first prepared under normal conditions in accordance with predetermined requirements, then the temperature is reduced, and it is pressed into a ball. The ball is loaded into the lunar capsule and then taken to the sky. After being placed on the moon, the temperature rises in the sun. When the temperature reaches the transition temperature, the antenna "remembers" its true appearance and becomes a giant hemisphere.

Memory alloys are widely used. For example, mechanical fastening pins, fittings, fire alarms, sockets and brazing of electronic instruments and equipment integrated circuits, artificial heart valves, vertebral correction rods, cranioplasty, oral and dental orthopedics, and mandibular restorations. It will also play a magical role in communications satellites, color TVs, temperature controllers and toys. It will also become a new material in modern navigation, aviation, aerospace, transportation, textile and other fields. Memory alloys have been used for pipeline connection and automation control. A shell made of memory alloy can replace welding. The method is to expand the tube end by about 4% at low temperature. The sleeves are put together during assembly. Once heated, the sleeve shrinks back to its original shape, forming a tight connection. The Navy ’s aircraft ’s hydraulic system uses 100,000 of these connectors and has not leaked or been damaged for years. It is very convenient to repair damaged ships and subsea oilfield pipelines with memory alloy accessories. In some inconvenient places, make memory alloy pins and heat them into holes. The trailing end of the pin is automatically separated and curled to form a single-sided assembly.

Memory alloy is especially suitable for thermomechanical and constant temperature automatic control. Automatically opened and closed arms at room temperature. It can open the ventilation window on sunny days and automatically close when the room temperature drops at night. There are many designs for memory alloy heat engines, which can work between two low temperature difference media, thus opening up new ways to use industrial cooling water, nuclear reactor waste heat, ocean temperature difference and solar energy. The current problem is that the efficiency is not high, only 4% -6%, and needs to be further improved.

Rhenium memory alloys have also attracted considerable attention in medical applications. For example, a bone graft can not only fix two broken bones, but also generate compressive forces during the restoration process, forcing the broken bones together. Orthodontic steel wires, cerebral aneurysms, long clips for vas deferens and support plates for spine correction are all activated by body temperature after implantation. The thrombosis filter is also a new memory alloy product. After the corrected filter paper was implanted in the vein, the filter paper gradually returned to a net shape, preventing 95% of blood clots from flowing into the heart and lungs.

Artificial heart is a complex structure. The muscle fibers made of memory alloy match the elastic membrane ventricles to simulate ventricular contractions. The pumping is now successful.

Since the memory alloy is a kind of "living alloy", various automatic control devices can be designed using its shape change at a certain temperature, and its application range is continuously expanded.

Shape memory alloy was first used in pipe joints and fasteners. Shape memory alloys (SMA) are used to make sleeves with an inner diameter that is 4% smaller than the outer diameter of the connection tube. Then at liquid nitrogen temperature, the sleeve expands by about 8%. When assembling, remove the sleeve from the liquid nitrogen and insert the connection tube from both ends. When the temperature rises to normal, the sleeve shrinks to form a seal. This connection has close contact and good sealing, much better than welding. Particularly suitable for aviation, aerospace, nuclear industry, submarine oil pipelines and other dangerous occasions.

At present, shape memory effects and superelasticity have been widely used in various fields of medicine and life sciences.

Scan the QR code to read on your phone 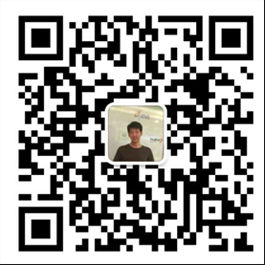